Vuorinen on going big with Badland 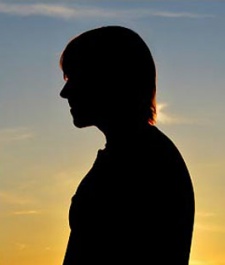 It's not an uncommon story in Finland: indie developer rises to the top seemingly from nowhere and scores either a critical or commercial smash.

But while Frogmind was anything but a household name when it formed in 2012, Badland's success was no accident, as detailed by CEO, co-founder and studio coder Johannes Vuorinen on the second day of Pocket Gamer Connects in Helsinki.

"We wanted to make a game just for ourselves – a perfect game for us," he opened.

"We wanted to remain 100 percent independent, and we also wanted to focus 100 percent of the game experience rather than monetisation, so that's why we chose the paid model."

Vuorinen said the firm had "no press contacts, no platform contacts and no marketing experience", but noted that what it did have was "real game development experience, lots of indie spirit and lots of tips from fellow Finnish developers".

"We also had a strong belief that if we created an excellent game, it would sell strong enough without a marketing budget," he continued.

So what was Frogmind's first step to success? In June 2012 – a whole 10 months before Badland launched – the studio announced its existence and its co-founders back story.

Tip one, therefore, is that "background stories are interesting," with Vuorinen noting that "even if you don't have any game to show yet, think about if you have an interesting story."

Start teasing your game early, but don't play all your cards at once.

One month later, Frogmind unveiled Badland itself, leading to tip two: "Start writing and teasing about your game early – be open," he continued. "This is especially important for paid games as you need to have a huge amount of followers so at least those guys will buy your game at launch."

Three months later, Frogmind published its first gameplay video that saw more and more press pick up the studio's story and, the very next night, also caught the attention of Apple.

"Once big sites start writing about the game, they tend to do so until launch," claimed Vuorinen. "So my third tip is publish a gameplay video as soon as you have something cool to show. I suggest you record it with a camera so you can show it's not fake – even though we faked the audio in ours.

"Maybe if you do this kind of video early on and you see no-one is interested, you can think about the whole project."

Tip four, Vuorinen revealed, is to make sure you "submit your game to every competition" going. Frogmind used Promoterapp.com's calendar and entered its game into every contest going. Unsurprisingly, it started to win a few, meaning the company could refer to Badland as 'award winning'.

"Keep showing new stuff regularly before launch," he concluded. "Do not play all your cards at once."

Frogmind, for instance, didn't show multiplayer gameplay until January, even though it had been in the game since the previous autumn.

"My 'Ultimate Indie Markering Tip' however is to make a really cool and unique game," said Vuorinen.

"We wanted Badland to stand out from the crowd with the visuals and some of the design decisions we made – we didn't just want to put out another Angry Birds style casual game."

The end result has been 9 million downloads on iOS, 7 million on Google Play, and latter launches on Amazon's Appstore. Windows Phone, Samsung Apps and BlackBerry App World, with Frogmind bringing in $1.5 million in revenue in 2013.