Don't get left behind 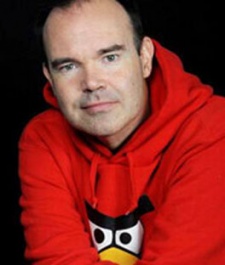 “Rovio is not a games company,” began Rovio's Peter Vesterbacka, speaking to the Pocket Gamer Connects crowd at this year's conference in Helsinki.

That long term plan doesn't mean Rovio is neglecting other projects. However, it does mean that Angry Birds will remain the centre of attention for the foreseeable future.

It's hard to find fault with Rovio's thinking though, largely because its Angry Birds  assault allows it to access an audience far beyond the reach of other game developers.

It must be love

“Our stories started with the characters, and once everyone had fallen in love with them we had to keep on building games around those birds,” explained Vesterbacka.

“We use the same characters, but put them in games with totally different gameplay. We can introduce new genres to people who have never played games before. People always say 'I don't play games, I only play Angry Birds'.

“We bring the games to people who aren't gamers. A lot of people have been introduced to gaming through Angry Birds.

“We have tens of thousands of Angry Birds products out there, and I travel a fair bit, but wherever I go, even if its in the middle of nowhere, I can see the power of the brand.

Mobile success is no longer about building great games. On their own, games just aren't enough. The power now lies with those firms that can develop a killer brand.

“Our industry is becoming all about the brand, and mobile is now the centre of the entertainment industry, and not just for games,” finished Vesterbacka.

“Everyone knows that mobile screens are the screens that dominate the industry. It's not console, it's not PC: mobile is the center of gravity.

“We are a triple E company. We focus on entertainment, education, and being entrepreneurs. There was Mickey Mouse, then there was Mario, now there's Angry Birds.”