Angry Birds goes pop: Why branding and licensing is a must for devs looking to make it big 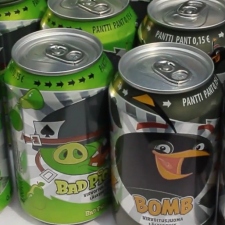 Why is licensing so important, and how can branding help take a game to the next level?

Those were the two main questions the 'Power Panel' had to wrangle with during the second day of Pocket Gamer Connects conference in Helsinki.

The overall feeling was that, when used correctly, branding and licenses only serve to help a developer.

“A lot of game developers are now looking into licensing, but of course there's always the revenue discussion,” explained Khalid Bur of 5th Wave Brands.

“Most developers are looking at licensing as a way to build brand awareness and delight their fans, and that's the best way to look at it.”

It's no surprise that branding's biggest draw is the promise of key advertising, an influx of brand awareness, and added revenue,.

However, it was also pitched that its ability to help developers reach people outside of their normal demographic was a big bonus.

“Even we release games other than Angry Birds,” added Rovio's Marja Konttinen, “and when we find ourselves having to start branding from scratch it really is hard work.”

With the market getting more and more saturated, branding is a must.

“It's an entertainment business, and we need to be able to make emotional connections with people. I think branding helps with that, but it also brings in a lot of revenue. For example, the Angry Birds soda drives a lot of awareness, but using it as a marketing tool to get in-front of people who are perhaps outside of our demographic is an added bonus.”

As the mobile market becomes increasingly saturated, branding must be used to stand out from the crowd. It is absolutely vital.

“With the market getting more and more saturated, branding is a must. You really want to have brand power, and you need to have an IP that sets you apart,” offered Seriously Digital's Petri Jarvilehto.

“One of the biggest questions is how do you build up the IP?

“I don't think most people realise the amount of effort that takes, but once you put in the effort you can tell so many stories.”

Rovio: Most games for our publishing label are 'found at conferences'