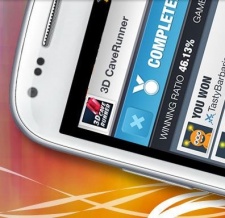 The US patent system is perhaps best described as a dysfunctional irritant to when it comes to encouraging innovation.

Nevertheless, once a company has decided to head down the 'patent route', they're always happy to highlight the fact when patents have been awarded, if only to warn off the competition.

In which case, we'll have to see Skillz uses its new armory as the mobile real-money wagering platform has just announced it's secured two US patents.

Thrill of the win

Given US gambling regulations, the key elements of these patents is that they relate to skill-based games.

In that context, Skillz's platform can only be used for multiplayer competitions and tournaments where player skill rather than randomised outcomes or IAPs determine who wins real money rewards.

In that context, CEO Andrew Paradise was keen to talk up the eSports aspect of the platform.

The company is apparently applying for other patents in this area.

You can read more about how Skillz has been implemented here or check out the video below.