Android and iPhone titles shortlisted for the expo floor. 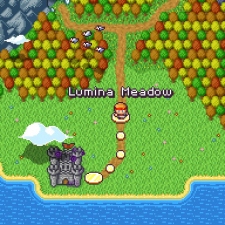 The Indie Showcase is a very prestigious part of the Develop games conference, and making it into the top ten puts the developers on the expo floor to demo their wares to the crowds of attendees. Among the those shortlised this year are two Android titles, and an iPhone game.

"The ten shortlisted titles represent the best of what was already an outstanding bunch of games submitted."

The remainder of the Indie Showcase top ten is dominated by the PC platform, but it's interesting to see the smartphones successfully going head-to-head against desktop technologies and being recognised as essential indie formats.

SwapQuest (pictured top right) from Rebusmind is a Android RPG/puzzle hybrid that casts players Prince Wilbert or Princess Wilma to find the holy sword Sturmwind in order to defend the kingdom from the Evil Horde that has invaded the land.

Also on Android is Brownmonster's top-down physics-heavy racer Rush Rally, while the iPhone gets a look in via award-winning epic endless adventure Darklings from MildMania.on the final ten," adds Tandem Events' Andy Lane.

You can check out the Indie Showcase at Develop this year on 8-10 July in Brighton, and swing by Pocket Gamer's Big Indie Mixer event while you're there.

Join Pocket Gamer at Develop for The Big Indie Mixer