But smartphone games "fit our reality" 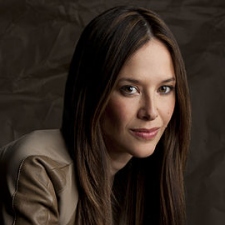 As the most optimistic people working within the tech industry will attest, the age of wearables is upon us. Even though we've only just taken the first steps on what will surely be an unpredictable journey, it's impossible not to speculate about the wonders that lie ahead.

But, how exactly will the advent of wearable devices, VR technology, and innovations that we can only dream of shape the future of gaming?

It's an enormous question, an unfathomable, perhaps unanswerable one, but it's a question Ubisoft's Jade Raymond tackled with enthusiasm during her talk at Gamelab in Barcelona.

“We are constantly challenged by new technology, and we're always looking to think of new ways to surprise players,” explained Raymond.

“I've always believed that one day games would be more immersive than Star Trek's Holodeck. I got into the game industry because I have a lot of questions, and I honestly do believe that games can help up answer some of them.”

The future begins with mobile

Mobile is the recycling of 40 year old game design, with real world gambling stuck on top of it.

Although some might not know it, the future, according to Raymond, is already being ushered in by mobile entrepreneurs.

Of course, the mobile industry is far from perfect, and  It needs to learn some lessons of its own before it can become truly great. The components, however, are all in place.

“Mobile has attracted more people to gaming, but there hasn't been such a creative boom. What passes for innovation on mobile is the recycling of 40 year old game design, with real world gambling and money stuck on top of it,” said Raymond.

“These days though, I'm spending a lot more time on mobile games than I am on consoles. The form factor of mobile games is much more adapted to modern life. It fits our reality.

“Mobile gaming will become more integrated into our way of life as time goes on, and I like to call this transition 'ambient gaming'.”

Mobile gaming might be ushering in a new era, but eventually the baton will be passed.

“Ambient gaming will continue to blur the lines between artificial intelligence and real people,” added Raymond. “There are currently millions of AI bots on the social networks, and some of them are so good at impersonating humans that you've probably interacted with them without even realising. The lines are being blurred, in games, and in reality.”

As wearables continue to evolve, our day to day lives, and the mundane tasks within them, will become a game. They will become the  game.

It might sound like far-fetched science fiction, but a future where humans are constantly connected, constantly playing, and constantly learning, isn't beyond the realms of possibility.

“We've gone from a world of undivided attention, to a world of multi-tasking,” offered Raymond.

“Play has always been a way to practise real world skills, and in order to maximise our time here on earth we're looking to be productive, and turn the mundane into entertainment.

“The world is becoming an even more connected and tightly integrated place. It's normal now to be in constant communication with everyone you know, and I think we can make our real world environment playable.”

As an industry, and as a community, we are on the brink of something incredibly special. Games, alongside emerging technologies, will help answer life's questions, suggested Raymond, and when we have reached the end of our journey they will have taken us to places we never thought possible.

“There are a lot of really exciting things going on, and I think we're on the cusp of a major innovation in games,” concluded Raymond.

“Ultimately, all of these connections we have as humans are actually becoming a real thing, and the hive mind is becoming a reality. Add games to that, and its a truly new way to comprehend and share those concepts.”