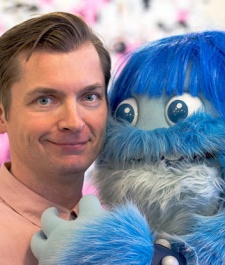 Endings give us closure, finality, and a chance to reflect. They allow us to look back on an experience and absorb it in its entirety. So, why, asked ustwo's Neil McFarland, are they becoming a thing of the past?

“Our philosophy is to never compromise on quality, trust in self-management, and focus on community interaction,” explained McFarland during the final day of Gamelab in Barcelona.

“One of the main considerations with Monument Valley is the length of the game. Modern games are becoming more advanced and bigger in scope. They are now so big, so huge, that they eat into a massive amount of your time. You could almost spend your entire life in some.”

Sense of an ending

On console the ending shortage isn't as prominent. There are still a lot of games that want to tell a story, share a vision, and give gamers a complete experience.

Mobile games, however, aren't built that way. They are built on cyclic systems that encourage players to chase high scores, and, more importantly, keep coming back for more.

It might not seem like an issue, but, according to McFarland, the self-perpetuating nature of mobile gaming, combined with over-saturated app stores, means gamers are becoming too blasé.

“By its nature the mobile platform has a broader range of players, and games are often played for different reasons,” offered McFarland.

“In a lot of mobile games, the act of playing is all that games are, which is why match-three games and endless runners are so successful.

You can now buy a game and, if you don't like it, delete it straight away. The overwhelming amount of choice makes people blasé.

“Who has time, how much have you got, and how do you want to spend it?

“It's a first world problem, and we almost have too much choice. You can now buy a game and, if you don't like it, delete it straight away. The overwhelming amount of choice makes people blasé.”

The ustwo team knew that they wanted to create a game with an ending. They wanted to share a story with the world, and give players a “complete experience”.

“We wanted to make a game that ended, and we wanted to give this complete experience. On mobile you can't finish a lot of games, and there is always a natural drop of. People get stuck, or people feel they've consumed enough,” said McFarland.

“With Monument Valley we wanted to respect the players time. Mobile gamers don't have time to invest in tons of gameplay, so why not make games that finish sooner?

“We wanted to create an experience that's reminiscent of walking through a museum or listening to an album. We wanted players to be delighted by impossibility. It's about discovery, not instruction.”

In a bid to give mobile gamers something with purpose, ustwo sacrificed length in order to eliminate repetitive, wasteful actions.

“The point is that we don't want to spin anything out for longer than it needs to. That way, we can keep the whole thing fresh,” said McFarland.

“There are other short games out there, and we really enjoy games that you can consume in a reasonable, human, timescale. But, why create experiences rather than a game? Well, we saw an opportunity to innovate, and we wanted to share our excitement about experiences with players.”

It's clear the ustwo team knew that, to quote Oscar Clarke, going premium would make them the 'living dead'.

However, they felt that F2P wasn't a viable alternative. In their eyes they had created a premium experience, so why shouldn't they sell it for a premium price?

“We just wanted to illicit a feeling in people. It's a holistic experience,” explained McFarland.

“Premium is clearly not the best business model, but we wanted to create a meaningful contribution to the medium of gaming. [Unfortunately] people look at the cost on the store, and not at what they actually got out of the game. Some gamers fail to compare the value of their games in a wider context.

“We believe it's great value compared to what you can buy outside of the App Store. Coffee, for example, is far too expensive. Monument Valley is cheaper than coffee.”

Ultimately, McFarland explained that more mobile games need endings because they 'mean something to people'.

Sure, it might be considered a risk, and while some gamers disliked Monument Valley because they felt their $3 deserved more content, the overwhelming majority proved ustwo right. Endings do matter.

“An ending means something to people. We've got about 4.5 stars, from reviews that are all unprompted. A lot of them are from non-gamers, which is for me the beauty of mobile games,” concluded McFarland.

“It's really important to listen to your belief, go forward with it, because if you're right, it'll be worth it, and it'll mean a lot to people.”