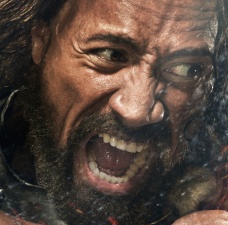 Like a long-running tennis rally, it seems that Glu Mobile and Kabam are in a bout of back-and-forth to see who can sign up the most movie licences.

Kabam has The Lord of the Rings, The Hobbit, Fast & Furious, The Hunger Games  and now Mad Max.

Glu has James Bond, RoboCop and Terminator and now it's added Hercules  to its IP pile.

The second deal Glu has signed with MGM (the first was Bond), the F2P brawler action game - officially called Hercules: The Official Game - is based on the new film staring The Rock as Hercules, and is out now for iOS and Android.

The film will hit US theatres on 25 July.

As for the wider issue of why films are proving so useful for these big game publishers, that's all about lowering their costs of high volume user acquisition.

Particularly when a game is released before a film hits cinemas, it acts as a strong promotional device for the film studios while tying into the film's pre-launch publicity in terms of driving app downloads cheaply.

And neatly, if the film is a flop, it doesn't impact the reaction to the game as much as a simultaneous release of game and film would.

Kim Kardashian: Hollywood - a US hit or global breakout?