How can UK developers make the most of funding?

TIGA partners with Google to find out 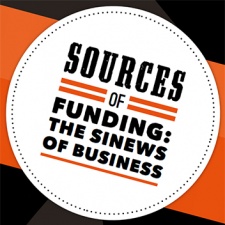 UK trade assocation TIGA has joined forces with Google to launch a new in-depth report assessing the funding options currently available to game companies based in the UK.

The report, which is split into two parts, contains a survey of roughly 40 UK developers who were asked to comment on their own uses of third party funding, along with an comprehensive source-by-source funding guide.

Also included in the package are an array of interviews with funders, showing how developers and publishers looking for funding can tick the right boxes and secure the cash they need to make their vision a reality.

According to TIGA, the survey's findings prove that funding is an indispensable part of the UK games industry, with 100 percent of participants having used third party funding in the past three years, while 97 percent have used it in the past 12 months.

62% of devs claimed their 2013 running costs had been covered by funding.

62 percent of participants also revealed that their 2013 running costs had been covered by funding, with all respondents claiming back an average of 7.5 percent of their total costs in the past 12 months through R&D tax credits.

"This [survey] demonstrates that third party sources of finance are critical to the on-going health of the UK games development industry," read a TIGA statement.

"It also indicates that the UK games sector is still transitioning from a dependency on publisher and other client funding towards greater self-sufficiency.

"While not all of this funding activity would have been through necessity, we believe the majority was essential for covering costs and securing UK games development jobs."

The full report is available for free, and can be downloaded by clicking right here.