Too "generic" to have any meaning 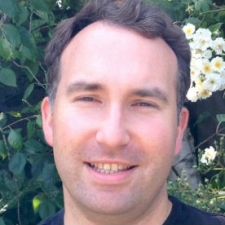 The industry needs to find a new name for free-to-play games according to Matthew Wiggins, formally of Zynga, with the current handle too "generic" and tainted to do the model justice.

Wiggins – whose former company, Wonderland, was acquired by Zynga in 2011 – made the claim during a panel at Develop in Brighton designed to detail the business side of being an independent developer.

The term 'free-to-play', he suggested, has been tainted by scores of games that utilise the model poorly.

"Free-to-play is much too generic and wide a term, and developers think of games that very harshly and too early on try to monetise gamers, but the good ones don't do that, because it's a very short sighted vision," said Wiggins.

"You want to have something that grows over time and has a very engaged, loving audience. Free players are really important for free-to-play games – I don't actually want everyone to pay in my games. You need the mix."

Wiggins, who launched his new studio Jiggery Pokery in 2013, went on to suggest that too many F2P developers get caught up in the numbers game.

"I would rather have 10,000 people playing the game that play it for the next two years than a million people playing today who then go on to play something else tomorrow," he continued.

"We think of user acquisition as the number one problem [in F2P], but really it's just the problem we think is easy to fix – if you throw money at it, or you think 'oh if only Apple would feature us'. - actually need to make something people want."

Skybolt Zack soars to victory at the Big Indie Pitch at Develop:Brighton 2018