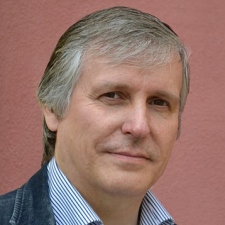 Such is the weight of feeling on both sides that the debate around free-to-play – and its relation to the more traditional premium model – often seems akin to the light and dark side of the force battling it out in a galaxy far, far away.

Talking on the understanding that, strictly speaking, there is no 'right' way to think about monetisation, at this year's Develop conference in Brighton, GamesBrief founder Nicholas Lovell and Professor Richard Bartle - game researcher and author of Designing Virtual Worlds - decided to stop the fighting, and instead have a healthy discussion about what F2P is.

A symptom of change

Kicking off proceedings was Lovell, who offered a unique take on F2P by explaining that we shouldn't look to blame the model for the horrors it has supposedly inflicted on gaming. No, we should blame Steve Jobs.

“Free-to-play is a symptom, not a cause. The cause is the easy distribution of digital content. Why wouldn't people give away content in order to find an audience?” asked Lovell.

“People want to give stuff away for free, but they want to live as well. It isn't a thing in its own right, it's a response to digital distribution.

“Blame Steve Jobs. He encouraged people to release products on iPhones for free because he wanted to get lots of software onto his platform. “

Painting F2P as a victim won't appease those gamers who feel the monetisation model is slowly and methodically suffocating everything they love about video games, but they needn't worry too much, because it isn't going to be around forever.

“Free-to-play is a great revenue model at the moment, but it will tail off. There's a fixed number of people who are willing to spend a large amount of money,” offered Bartle.

F2P is a great revenue model at the moment, but it will tail off.

“It'll also tail off because the kind of games that people want to play will change: people will want to play more sophisticated games.”

Ultimately, Bartle believes that the toxic nature of F2P means it is destined to fade away.

“If you're selling things to people that helps them beat other players, then you're starting to pollute your products,” said Bartle.

Lovell couldn''t quite bring himself to agree with that assessment, instead explaining that F2P will expand, not shrink.

According to Lovell, it's only a matter of time until F2P makes the leap to consoles, and the only reason it hasn't done so already is because the manufacturers aren't quite ready to let go of premium.

“I'd like to say it wasn't true, but free-to-play changes the game. When you pay upfront, you don't have to think about retention. Free-to-play games sell on experience, premium games sell on promise,” said Lovell.

“The only thing that stands in the way of free-to-play on consoles is because the console manufacturers don't want it to happen, yet.