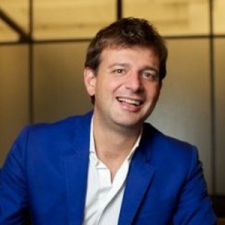 Speaking of the changing nature of the publishing business at Develop in Brighton, Contestabile – formerly of PopCap – said the days when publishers "had all the power" and were "able to dictate all the terms" are over.

"Very rarely did developers have the financial and creative control that they needed," said Contestabile of the pre-digital era.

"This is important for a developer because it means you have control of your destiny. You have control of your games and your IP, and you also get all the money. You want to make games you're proud of and reflect your creative vision, but this was hard in the past, because the publishers would sometimes dilute that vision to make money.

"It wouldn't necessarily always result in a bad game, but it still meant it wasn't a game that reflected your vision."

Things have, however, have changed Contestabile argued, with the balance of power having shifted in favour of the developer.

"You have much more options now – you don't need to take the kind of deals you had to take until a couple of years ago," he continued.

Developers don't need to take the kind of deals they had to take until a couple of years ago.

"There's no physical product to shift, and the platforms themselves will talk to you and are much more open. They allow small independent developers to go direct to market."

Developers, too, have to change if they are to take advantage of this new situation, with Thomas Was Alone creator Mike Bithell once again cited as an example to follow.

"Mike is amazing in the way that he uses his personality to reflect his games to his audience. He is the face of his games – he is his games - and that's because of Twitter and YouTube and all those channels."

Contestabile also added that, though developers now have more control over their businesses, that doesn't mean connecting with consumers is any easier.

"Going alone is daunting – production values of top games is improving, and those games cost a lot more to make," he continued.

"The competition not only is of a higher quality, there is just more competition. The velocity is growing as more people discover the market is there and that it's now much easier to get a game to market."

But what about publishers who don't want to go it alone? What should they look for in a publisher?

Contestabile drew out a check list of must haves; full or partial financing, control of the IP, creative control over the games, product management and production support, platform relationship management, marketing and use acquisition budget and execution, and ongoing live operations funding.

In short, you "want a publisher to pay for something, because otherwise they're just doing PR. "

And what about funding?

On Kickstarter, Contestabile commented that if you "made a game in the 1980s or 1990s that was successful, that's the best case - you can't fail." Venture capitalists, he added, are also often equally hard to please.

He concluded, "Really look for a partner that has the same values and goals as you – not just who has money. Look at who they know, who they work with."

“Then it started blowing up": How TerraGenesis transformed indie developer Edgeworks