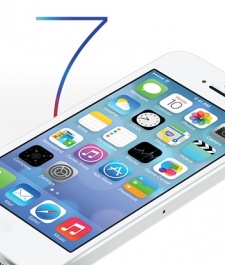 iOS 7 adoption is up to 90 percent just 10 months after the software was made available to the public.

An update to Apple's developer webpage has revealed that the number of iPhones, iPads, and iPods running the operating system has increased by 3 percent since April.

With the number of iOS 7 devices increasing, and iOS 8 right around the corner, it looks like iOS 6 and iOS 5 are heading towards extinction.

The percentage of devices running iOS 6 has fallen to 9 percent, a 2 percent drop since April, while iOS 5 is now only in use on a mere 2 percent of devices.

The impending arrival of iOS 8 makes the fact that some users have only now decided to update their operating systems a little surprising.

Of course, when iOS 8 does hit shelves it will bring with it a whole host of new features, including smart home support via HomeKit, open APIs, and new development technologies Metal and Swift, ensuring that iOS 7's days are well and truly numbered.

Three weeks on, a majority of iOS users still haven't upgraded to iOS 8