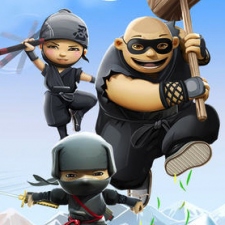 Square Enix has announced that IO Interactive's mobile adaptation of Mini Ninjas has brought in over 6 million downloads.

The game, which launched in February 2013 on iOS and May 2013 on Android, has reached the milestone in roughly 18 months.

It's no mean feat, and on its way to surpassing that figure the game has brought in, on average, 333,333 downloads a month across both platforms.

To celebrate the achievement, Square Enix will be making Mini Ninjas free for a limited time on both iOS and Android.

Of course, the publisher hasn't revealed how long the offer will last, so if you really want to save yourself a cool 99c we suggest you download it sharpish.