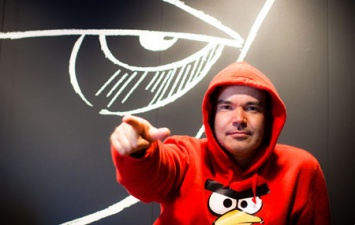 Given it's behind one of the most prominent games franchises of the last decade, why does Finnish giant Rovio refused to be labelled as a  'games company'?

According to Peter Vesterbacka, Rovio's self proclaimed 'Mighty Eagle', it's because on their own, games just aren't enough: it's all about the brand.

Speaking at this years Pocket Gamer Connects conference in Helsinki, Vesterbacka explained that Rovio is now looking at the bigger picture.

"Sure, we care about our fans and our brands, but Rovio is all about providing Angry Birds brand experiences. We are building Angry Birds for 100 years, not 100 days," said Vesterbacka.

It's a bold ambition, and many of us wont be around to see if Rovio's 100 year plan actually comes to fruition.

Vesterbacka, of course, it confident that it will, and while his confidence may be laced with a healthy dose of optimism, he sees no reason to believe that Angry Birds can't stand the test of time, after all, people aren't playing games anymore, they're playing Angry Birds.

“Our stories started with the characters, and once everyone had fallen in love with them we had to keep on building games around those birds,” explained Vesterbacka.

“We use the same characters, but put them in games with totally different gameplay. We can introduce new genres to people who have never played games before.