Why blow your UA budget? 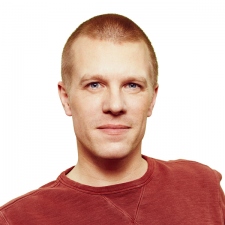 Speaking at this year's Pocket Gamer Connects conference in Helsinki, Hasselberg revealed that, by harnessing Ruzzle's initial growth, the MAG team were able to tweak the game and turn it into a global superstar without spending a penny.

"[Ruzzle's] quick growth made us realise we could quit the work for hire stuff and start tweaking the game, adding things that we'd missed out in the first place," explained Hasselberg.

Now, you might be wondering how a few 'tweaks' can bring in 50 million downloads, but, according to Hasselberg, it's the little things that make the biggest difference.

“Adding the ability to challenge your Twitter followers wasn't big in Europe, but in the US, it was a catalyst for really exponential growth,” said Hasselberg.

“Initially it was concentrated to one small city in the US, but Twitter helped the game explode, and it quickly spread across the entirety of the US.

"That explosion never stopped and eventually it helped us grab the number one spot on Google Play and the App Store."

After harnessing the power of Twitter, the MAG team quickly turned its attention to the matchmaking systems, tinkering with the options so that players would never be paired with a player who could wipe the floor with them.

Another small change, but a change that ensured players would never quit in frustration. The team ensured Ruzzle remained challenging, of course, but that challenge had to be fair.

“We worked a lot with the matchmaking. We added an option to match you with a random opponent, but we used a skill matcher to make sure the game was super even, and thus fun and competitive,” detailed Hasselberg.

“These are free growth opportunities, and they worked better than we could ever had imagined."

The Ruzzle puzzle: How to hit 50 million downloads with virtually no UA budget