Play with pride: Atari to launch its first game aimed at LGBT community 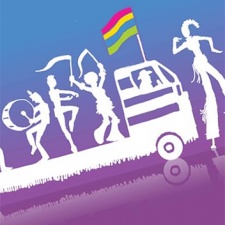 The game is pitched a social-sim experience where players are charged with throwing their “very own personalised pride parade” in a city of their choosing.

Gameplay will focus around allowing players to create their own parade flotillas with “colourful decorations and adorn their locale with eye-catching attractions and entertainment”, with the goal of “keeping their city happy and vibrant.”

“We are excited to be developing Atari’s first LGBT-themed game that will give players of all backgrounds the chance to play a fun and unique game that represents a passionate cause,” said Aatri COO Todd Shallbetter.

“We will continue offering a variety of games that are inclusive for all Atari fans and Pridefest is another example of how we are doing that.”

Atari is keen to position the launch of Pridefest as an extension of existing support for the LGBT community, with GaymerX founder Matt Conn claiming having one of gaming's “most recognisable and iconic brands” a real boost for the conference.

“To have them support our conference and cause, as well as bring an LGBTQ-themed game to market is a huge step toward equality in gaming,” added Conn. “It’s extremely important that we see these large publishers like Atari stepping up to the plate, and I'm excited that they have the courage to take the first step in supporting the community.”

The launch of Pridefest comes after a sustained period of industry pressure on developers to better recognise LGBT gamers, though much of the chatter has centred around the lack of representation of gay relationships in games where the player chooses a partner.

The reaction of 'gaymers' to a game specifically aimed at their market will be one monitored by the wider industry in the months to come, with the possibility of the LGBT community feeling overly pandered to – or even patronised – a very real one.

Pridefest is currently in development for iOS and Android, with a release in late 2014. You can find out more about the game on its Facebook page.