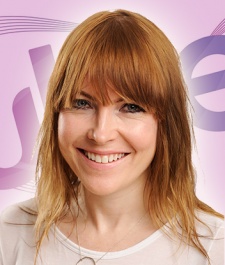 UKIE has responded to the European Commission's call for greater protection for consumers downloading 'free' apps by claiming the majority British studios are already compliant with existing guidelines.

However, she noted that its members have long been aware of their duty to treat gamers fairly.

"All UKIE members take their responsibility to their players, particularly children, very seriously and are fully committed to complying with all their national and international legal obligations," said Twist in a statement.

"The principles published by the OFT in the UK earlier this year, that we helped shape, were already wholly based on European directives and we shall continue to work hard to make sure that UK games businesses understand how they apply to them."

The EC's statement on the issue focused criticism on Apple, which is claimed is yet to alter its approach to free apps on the App Store. In contrast, Google has already began taking steps to further protect consumers, most notably removing the word 'free' from apps with in-app purchases.

In her statement, however, Twist points out that it's important the EC's ruling on free games doesn't result in developers operating both in the UK and in the wider continent fencing in their creativity in fear of breaching rules.

"It is vital that any interpretation of these directives, whilst primarily considering the best interests of children, do not inadvertently isolate UK and European consumers from accessing the games that they want to play or stifle the creativity of games developers or prevent the growth of the games industry and we were therefore pleased to see the EC acknowledge the importance of the 'app sector' generally," concluded Twist.

"Our own findings show that 95 percent of consumers never pay anything for free-to play games," added Wilson.

"So given this is a model which generally delivers fantastic value for consumers, this coordinated approach will help protect that value, and ensure a bright long-term future for the F2P sector.
"We now need the EU and UK policy makers and regulators to work for an internationally consistent regulatory approach towards IAPs."