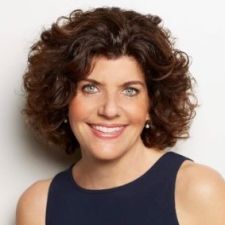 Speaking during her talk at Casual Connect in San Francisco - a presentation titled "Beyond the App Store: Where's the Casual Games Market in a Post-Zynga World?"- Jill Braff, a veteran of the game industry for 20 years formally of Sega, Nintendo and Glu, amongst others, laid out some ground rules every casual game studio should know about running an effective business - a "business of fun," that is.

Braff's description of a "post-Zynga world" is one of a learned distrust and a lack of transparency between game and player. The solution to that is to focus on the fun, trust, and happiness of the playerbase, primarily by making a good game.

"What they value is value," explained Braff, later citing Skylanders as a prime example of this. By combining the physical and digital, offline and online modes, and successful brand extension, Skylanders is able to achieve what Braff describes as an appealing "play pattern."

A "play pattern" is essentially the design and function of the game, which Braff emphasised as most important to earning the trust of users.

"Marketing is cool, but product is king," said Braff. According to her, if a game is good enough, it may even be able to market itself solely through word of mouth.

Another element Braff thinks casual game studios should prioritise is building replay value, but not in an disingenuous way. This means making games "less about tricks and grind, and more about intrinsic qualities that feel good."

Braff cited the upcoming No Man's Sky - particularly its procedural generation and the way this lends a unique world for each player to explore differently - as an example of how to keep players coming back because of the game's sincere value.