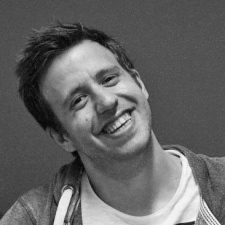 Indie developers playing their trade on mobile platforms could find their credibility has been damaged in years to come, with a stigma increasingly being attached to smartphone games.

That's according to Rob Clarke of multi-platform publisher Curve Studios, with the firm's PR Manager noting that indie developers are "having issues with iOS at the moment."

"A lot of the media coverage is very negative, especially around free-to-play," said Clarke, speaking to PocketGamer.biz as part of a week long look at the development scene in London.

"More recently it's been focused on copyright, trademarking and clone games. If you look at that as a developer and you're not necessarily a mobile gamer yourself then you're going to think that those are the only things that work. It's easy to look at the top grossing games on the App Store and think 'this isn't for me'."

Clarke believes that the media has a huge role to play in the current crisis around indie development on mobile, attaching a negative stereotype to games released on smartphones and tablets.

"Combined with the press coverage it's easy to be turned off," continued Clarke, with Curve having brought PC indie hit Thomas Was Alone to PS Vita and PlayStation 3, amongst other games.

"We even hear consumers saying that indie games on iOS look like Flash games.

"We are positive about mobile despite the coverage of free-to-play games like Dungeon Keeper and the state of that market being a bit of a mess. There is room for premium mobile titles. We've found it. There is a market for games that don't gouge in-app purchases."

Clarke noted that another title the studio worked on – Stealth Inc, formally known as Stealth Bastard – could have been made free, but it "doesn't work for Curve as a company or for our designers working on the game."

You can read the full interview with Rob Clarke here, and about the making of Stealth Inc. here. 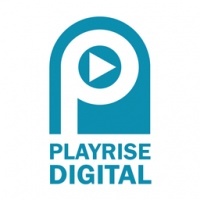 Reply
Nick Burcombe
Agree with the sentiment of Curve here. Here at Playrise Digital, we've also decided that Free-2-Play simply isn't the shape of company we want to be. We dabbled (sadly it was only a dabble), we can see how it works, clearly its a popular model with the casual audience, but Playrise will be ducking out of f2p completely, probably forever. We don't want to have to keep panning to find those "high-quality customers" through expensive "Customer Acquisition" statregies.....We know where the best customers are and what they want. Good games, fair prices, no tricks. Of course we'll concede that our future hits might not ever hit 5.3 million downloads like Table Top Racing has done, but those numbers are just vanity and do not reflect the number of paying customers (or the piracy issue either for that matter - we see a lot more people than that playing on flurry). We're going to be a lot more comfortable as a solid, reputable indie developer, finding hopefully 250,000 real gamers who actually pay for quality games. Mobile will not be our leading platform next time, and when we do reach it - I think we should just go with a high premium price so you know that you only picked up the best type of fan. :)
Posted 7 years, 6 months ago

Reply
gamesbrief
Could that headline be more out of keeping with what the interviewer said. I know you need clicks and all, but really?
Posted 7 years, 6 months ago

Reply
Keith Andrew
Given that it directly taps into what the interviewee (not interviewer, Nicholas) said, i think it could probably be wildly more out of keeping, yes.
Posted 7 years, 6 months ago