Video sharing on the rise 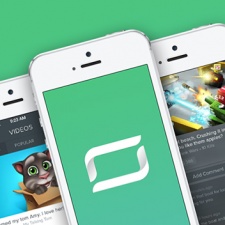 Videos recorded by gamers playing titles with Kamcord's video sharing software built in make up 1 percent of YouTube's upload volume, with more than one hour of gameplay uploaded every minute.

That's based on the latest stats released by Kamcord, which looks to drive discovery through tools that allow players to record and share their gameplay. The firm claims it has seen its video share rate quadruple since 1 May this year, with 14 million videos uploaded in all.

Boiling the figures down further, Kamcord claims its most notable titles are seeing shares in the millions, with My Talking Tom amassing 1 million shares in its first week.

Likewise, games with Kamcord built in, the company claims, are benefiting from the increased exposure.

Brave Frontier by gumi inc made the top 15 grossing on both the App Store and Google Play, while Stickman Soccer made #3 on the paid chart, and was the “top ranked soccer game throughout the World Cup”.

Kamcord, which benefited from a $7.1 million Series A funding round at the start of May, hasn't given any indication as to what proportion of said games' respective successes are down to video sharing, though its faith in the model is clear.

Back in May, CEO Matt Zittman said Kamcord had "built a great foundation with the developers and now it's time to find the players who are creating video content and make the best of them into stars."

Kamcord's big rival is Everyplay by Applifier, which was acquired by Unity back in March.