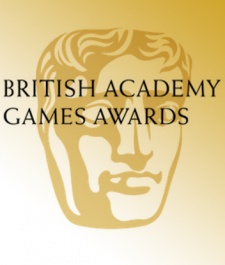 The British Academy of Film and Television Arts, more commonly known as BAFTA, is asking for entries for its annual British Academy Games Awards, which aim to recognise those who've helped take the games industry to the next level.

The Awards, which are set to be presented in 2015, will consist of 16 categories, such as Best British Game, and the BAFTA Ones To Watch.

Every year BAFTA introduces two new categories, and this year the organisation will be looking for someone to walk home with the shiny new Original Property and Persistent Game awards, which have been included at the expense of the Action and Adventure and Strategy and Simulation categories.

In an attempt to encourage more people to submit their game, BAFTA has announced that first entries will be free for any game submitted in the month of its release, or if it was released before the end of August 2014.

BAFTA is looking for entries from both developers and publishers, explaining that any game is eligible as long as it has been, or will be, released in the UK between 1 January and 31 December 2014.

There's still plenty of time to decided whether or not to submit a game, with the 17 November deadline for submissions still months away.

BAFTA's head of television and games, Kelly Smith, hopes that the organisation's attempts to streamline entry procedures shows its ability to evolve and adapt, much like the games industry itself.

“We’re delighted to announce two new categories at this year’s Games Awards, namely Original Property, for games that aren't part of established series, and Persistent Game, for those that have received significant updates since their original release," said Smith.

"We’ve also made the first entry free, provided the entry is made in the same month of the game's release, because we're committed to making the Awards as accessible as possible.

"It's really important that BAFTA adapts and evolves alongside such a creative, dynamic industry.”