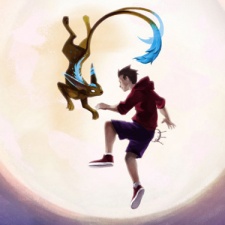 It's been a busy week for Kabam.

It's announced a $120 million investment from Chinese ecommerce giant Alibaba and lost its president of worldwide studios, Andrew Sheppard to GREE.

But the games must go on so it's just announced a deal with US studio Undead Labs.

It was founded by games industry veteran Jeff Strain, who worked at Blizzard on the likes of StarCraft and Diablo before co-founding Guild Wars studio ArenaNet.

In contrast to the movie licence deals Kabam has most recently signed, Undead Labs' title is original game Moonrise.

It's described as being a "fun romp through a gorgeous 3D world of ancient ruins and magical creatures, with deep, real-time strategic combat, full character and creature customization, and real-time online play with your friends".

We're reading that as a grown-up version of Pokemon.

Heading to iOS and Android devices, it will be in beta test during the fall, with a global release expected in early 2015.

"We are thrilled to partner with Undead Labs. They are a veteran team that has worked on some of the greatest game franchises of all time," said Aaron Loeb, senior vice president of Kabam's North American Studios.

"Their new creation Moonrise will bring a truly next generation mobile experience to gamers around the world."