What the Chillingo founders did next: Byatte and Wee look to up dev revenue with 'smart' 3D printing 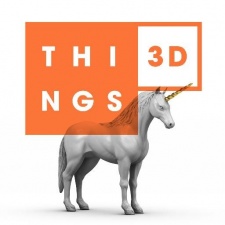 Former Chillingo men Joe Wee and Chris Byatte, who both had a hand in turning Angry Birds and Cut the Rope into mobile superstars, might have put their days of game discovery and development behind them, but those in the know will want to keep these two names on their radar.

That's because the duo's latest venture, Things3D, aims to give developers and publishers the chance to earn revenue via 'smart' 3D printing.

Ultimately, Things3D wants to revolutionise the way developers, fans, and publishers interact with a brand.

According to the firm's website, Things3D intends to build a 'physical-to-digital' bridge that will give developers the ability to simultaneously impress their fans, and make money. In theory, it's the ultimate win-win.

It will launch with a limited edition set of Aardman characters.

"Things3D brings valuable innovation to the markets of 3D printing and collectibles," reads the Things3D website.

"This is bigger than toys, [because you can] earn revenue via in-app merchandising. Our 3D-prints are ready to interact with your game via a patented platform. Developers and publishers can request priority access to the Things3D Closed Beta SDK.

"We can help you wow your fans by delivering the next generation merchandise with a physical-to-digital bridge."

For more information, you can check out Things3D's offical website, or, alternatively, you can head on down to this year's 3D PrintShow where you can hear founder Joe Wee explain how smart 3D printing will tap into a billion dollar industry.

Standard delivery: the monetisation of Futurama: Game of Drones