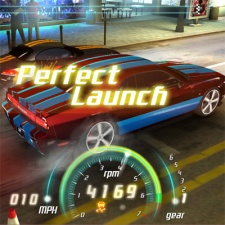 A lot can happen in four years.

It's gone from a tiny start-up to a global player thanks to the success of its Drag Racing  game.

And in that context, it's just announced that as a company its game have reached the 200 million download mark on Google Play.

120 million of that total arise from the original Drag Racing  game, which has since been joined by franchise extensions such as Drag Racing Bike Edition and Drag Racing 4x4.

Now, however, the company's focus is on its new massively multiplayer racer Nitro Nation Racing,  which is currently available on Google Play, and planned for iOS later in 2014.

You can check out our interview with Creative Mobile CEO Vladimir Funtikov about the company's founding and growth, below.