I should be so lucky 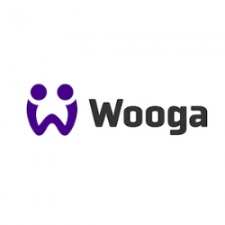 "Right now we estimate that there are around 1,000 new mobile games being released every single week, which makes it extremely difficult to stand out," opened Wooga's Sebastian Kriese, speaking at the PG Connects 2014 conference in Helsinki.

Indeed, as match-3 puzzlers hellbent of gabbing a slice of the Candy Crush pie continue to flood the App Store, it has become almost impossible to break into that particular market.

How do you get seen, how can you find an audience, and, more importantly, once you've got players hooked, how do you keep them invested?

It might sound harsh, but Kriese was quick to point out that if you aren't one of the top 100 puzzle games on the market, you probably aren't going to stick around for long.

It's no longer enough to make a good game. In order to thrive in today's mobile market you have to be the best. Anything less means you're as good as dead.

"The market is hits driven, and we try to create hits, to create games that reach the top of the leaderboards," explained Kriese.

"If you look at the current top grossing charts you can see that the top 50 games capture the majority of the App Store revenue.

"So, if you want to create a game that's profitable in the long run, you'd better reach the top 100, or a higher position, because otherwise it will be really challenging to keep it up and running for a long time."

Now, there's no one way to ensure your game becomes a top 100, but you can give yourself a fighting chance by following some simple rules.

According to Kriese, it's important that your game isn't really difficult. By all means, create the illusion of difficulty, but never actually make the player feel stupid or inadequate.

You must make it obvious that luck is playing a role, because, while near misses are addictive, stubborn, difficult, and frustratingly hard levels, are not. Inflate your player's ego, don't crush it.

"Never make the player feel stupid. Add randomness to ensure that they feel they have a way out," said Kriese.

"Balance difficulty. Work on the different levels, take everything into account, and make it feel like a complete game.

"For us luck is becoming an very important element, even in puzzle games, where you perhaps wouldn't expect that. Luck is really cool when used right."

You can see all the video presentation from Pocket Gamer Connects Helsinki 2014 here.

Video: Wooga on looking beyond your game's LTV

Reply
George Williams Owner at Jigglybean Games
Some useful words of wisdom there and I think luck can play a part. However, if someone likes your game, they are more than likely to pass the word to their friends.
Posted 7 years, 11 months ago

Reply
jon jordan
I think it's called the K-factor. People reckon they can track it.
Posted 7 years, 11 months ago