Finding the value proposition in your game 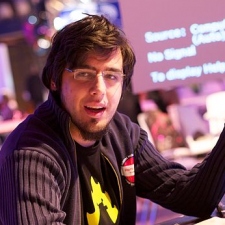 "Never be afraid to pitch your game," offered Vlambeer's Rami Ismail towards the tail end of his presentation at GDC Europe in Cologne. "Just go and do it."

That was exactly what someone in the audience had done moments before, using the question and answer session to sound out Ismail with his 'elevator pitch'. Diligently, as well as giving his own take on the game – Ismail stressing the importance of brevity – he also took a straw pole from the audience.

Reactions were mixed, but that was kind of the point. Pitching isn't a one-size-fits-all art. How you sell your game to a publisher in a few minutes may well be radically different to the approach you take with a room full of game developers in a highly air conditioned conference room in western Germany.

A matter of value

"Pitching is communicating a value proposition in the most effective way," opened Ismail. "A lot of business people will tell you it's about money, but it doesn't have to be. It basically means you have something that will increase value for both the other party and yourself. It doesn't matter if that's creative, or economical – it just matters that it's value.

Vlambeer is a bit chaotic – we are a bit disorganised, we try to be a bit unconventional.

"It's something that anybody can do – not something you need a degree for or be a gifted speaker for. You need to work out what you want to say, practice that, and go with it."

It's not something that should be alien to any of us, either. Ismail noted that, technically, trying to
"convince someone to come on holiday with you" is a pitch. It's just form of persuasive communication tailored to the needs and wants of the person you're talking to at that time.

In breaking down the process developers should go through to pull off a successful pitch, however, Ismail paid attention to a few key areas – namely who, what and why.

"When it comes to who you are, sometimes it's implicit – if you know who I am, you don't need to introduce yourself," said Ismail. "But it's also it's important to consider who your brand is. Vlambeer is a bit chaotic – we are a bit disorganised, we try to be a bit unconventional."

Ismail noted that, because of Vlambeer's reputation, companies interested in taking a pitch will want whatever the firm presents to be equally as chaotic, disorganised and unconventional. One successful pitch, for instance, consisted of a picture drawn in MS Paint.

"For press, often the question is am I established? Do they already know who I am? For publishers, they want to know have you got a team that is dependable that we can trust, because that is way more important to know.

"For platform, it's have you already made games on our platform? For Xbox or PlayStation, one of the most common quesrions is 'have you made games for consoles before?' It's not like they'll say no if you say no, but it's definitely a plus."

Players also like to know who makes their games these days, a bit like the way coffee drinkers have become obsessed with where their coffee comes from, even if they never venture beyond Starbucks. In short, consumers like to be informed.

"You also need to ask who you are pitching to," he continued. "You need to know about your relationship with these people. What kind of jargon will they understand? We in the video game industry we always think people use the same jargon, but that is patently untrue."

The press, Ismail noted, are interested in a hook or an angle - "they want a news story, that is what they do, but if you're talking to a YouTuber, they just want a game that they can play." When it comes to platforms, Ismail said he "wouldn't recommend pitching a game where you chainsaw people to Nintendo, but that might work for some of the other platform holders."

Likewise, pitching a game about a moustached plumber to Sony or Microsoft would be just as unsuccessful.

"Probably the simplest question you need to ask is, what am I pitching? You need to construct a sentence that isn't too long that starts with 'the name of the thing that I'm pitching is' and finish the sentence. If you can't, you're doing something wrong.

"One of the funniest words I find is 'innovative', because everyone is making an innovative game – or unique, or good. Like, if you need to tell me that your game is good, something has gone very very wrong. Also, don't tell me what is similar about your game, tell me what is unique or new."

The core of a pitch, however, is why you're pitching. What both parties can hope to achieve or gain from a joint enterprise.

"This always sounds a business like, but the question you're asking technically is what is the value proposition that I'm pitching here. What are you adding – what are they getting that they wouldn't get otherwise," he continued.

"With the press, thinking about what you want from a press run is very important. In some cases it may be added sales, but it's not always about more sales – it's about raising awareness, or maybe giving a post mortem that attention for your company.

"For the press, what they stand to gain from talking to you is readers. For publishers, is the game likely to make money. For platforms, exclusivity is something they always want to talk about.

"With players, this is something we had to consider with early access. How do you convince players to buy something that isn't done? Players are cynical – they don't want to pay to be beta testers."

Who are you again?

One area where lots of developers fall down, Ismail continued, is remembering who they're pitching to.

"It is commonly a good idea to have an idea why you're talking to this specific person. I've seen it happen – I've been with people pitching something but have no idea who they're pitching to. I also get a lot of emails from companies wanting to 'help me increase my in-app purchase revenue', which is great, because we've never made a game with an in-app purchase in it. It's a waste of everybody's time."

But while you want to stress what your intended partner has to gain, they'll also be concerned about what there is to lose.

Start your presentation with exchanging your business cards at the beginning.

"For the press, this is basically about how much would this take to write an article. And this is why using something like presskit is so important – you put together one of those and it lowers the cost immediately for the press."

The answers to all these questions, Ismail concluded, form a "web in your mind" that essentially forms your pitch, with treating the pitch like a pyramid – starting with your elevator pitch and building out from that – they key.

"The Ridiculous Fishing pitch is very easy for instance – people say "fishing with machine guns?", they wonder why and they ask us for more details.

Ismail also had one final tip for dealing with members of the press eager to dash off.

"Start your presentation with exchanging your business cards at the beginning," concluded Ismail. "You might wonder why, but it's because exchanging cards is like a get out of jail free for the person you're pitching to – they'll be like 'yeah, that sounds interesting, send me an email' hand over their business card and leave.

"If you've already taken that away from them, they have to stay and listen."