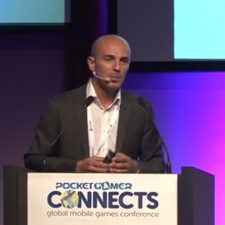 Monetising young people has always been a tricky business.

Targeting a young audience with free-to-play gaming can raise some ethical questions, and also invoke the wrath of some parents if their children manage to unwittingly raid their bank account.

Of course, those issues don't negate the fact that the young adult market is one well worth tapping into, which  is something of a problem for those developers looking to cash in without causing a PR nightmare.

The solution, according to Virtual Piggy's Youb Loukil, is Oink: a digital wallet for kids and parents that aims to help gaming companies to address and engage players who are under 18.

If developers are willing to follow the rules, then they can look forward to tapping into a market that's 3 billion strong in the UK.

"Today we're going to talk about how you can engage kids, and how you can monetise them in a safe and secure way," began Loukil, speaking at Pocket Gamer Connects Helsinki 2014.

"To give you an idea about the spending power of kids, our research revealed that it's a €3 billion strong market in the UK."

"By the age of 16 most kids already have a smartphone, and if you look at some numbers about the pocket money they have, we're looking at about a weekly income €33 a week in the UK."

Outside of the UK, of course, the under 18 market is even more lucrative, and the fact that adolescents are now more connected, and more social, than ever makes them ideal consumers.

"In the US we're talking about this €200 billion market," expained Loukil.

"So, how do you address these kids? Well, something that's important about this market is the fact that they're an internet generation who haven't experienced a world without the internet.

"We all have a smartphone, and more than 75 percent of US based kids are using mobile internet today, and almost 80 percent of them are already shopping online.

"They have time to play, they socialise, and they're hyper-connected."