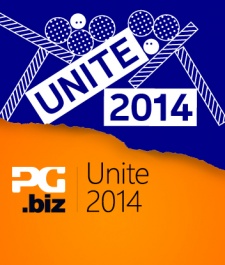 Unity used its annual conference Unite, currently taking place in Seattle, to reveal that select components of the engine are to be open source moving forward.

Starting with the platform's test tools and much anticipated UI system, the firm said it is looking to learn from its userbase, encouraging them to make changes to the engine's components for the good of the community.

The company says the Unity Test Tools source will be made public via BitBucket allowing developers to "fork, modify, and even open pull requests with contributions". The source will be released under an MIT/X11 license.

Unity CEO David Helgason also used his keynote to lift the lid on a collaboration with Intel designed to ensure the engine runs fully with its x86 chips for smartphones. Unity is also working with Google to deliver full support for the giant's Android TV set top box, with units given away to developers in attendance.

Elsewhere in his presentation, Helgason stressed the importance of "listening and learning" from the needs of Unity's userbase, claiming he had never dreamt things would "go so much further and unite the industry."

"This is such a rich industry with such strange opportunities and challenges, it's been such an honour to help you guys move freely grab those opportunities," continued Helgason.

"A few years ago people would talk about going to multiple platforms, like Windows and Mac – but those are pretty similar platforms. Now even smaller studios are able to go much broader.

This is such a rich industry with such strange opportunities and challenges.

"A lot of you guys who grew up with Unity on mobile are now even taking your skills back to PC."

Helgason also enthused about Metal – Apple's new iOS only graphics API – claiming it is "showing a lot of promise."

"Your problems don't end with creating a game. They end...never," said Helgason to much laughter from the crowd. "That's a true story. Been there done that.

"Once you've created a game there are a number of other challenges. You take your game and connect it with an audience. How to connect with an audience – can I find players and monetise them, things like that.

"We have come to the conclusion that we have to be an end-to-end development platform."

You can find out more about Unity's drive towards open source on the firm's blog.

Hall of Fame: The hinterland of thoughtful entrepreneur and Unity founder David Helgason