Owlchemy Labs on how to reduce the risk 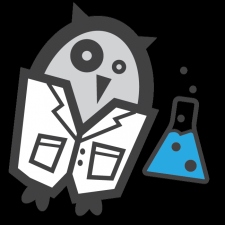 "When you port your games to multiple platforms, you're reducing your risk," opened Alex Schwartz of Owlchemy Labs, setting the theme for the studio's talk at Unite 2014 in Seattle.

"There are lots of platforms that are very holiday focused, very seasonal, so you have huge spikes and then it goes very dead, so going multiplatform helps spread your downloads."

The multiplatform nature of Unity means Schwartz's stance hardly came as a surprise, but his presentation – co-hosted with fellow Owlchemy man Devin Reimer – was just as much about the potential pitfalls of multiplatform development as it was the advantages.

The core of Schwartz and Reimer's stance is that independent developers need to "avoid putting all their eggs in one basket", and modern day engines such as Unity make porting to multiple platforms relatively straightforward.

Indeed, so logical is going multiplatform that, in the view of the Snuggle Truck studio, numerous developers are missing out the opportunity to drive a bit of extra revenue from old releases that comes from porting them to fresh devices.

"Porting your games to multiple platforms increases the value of your back catalogue," continued Schwartz, pointing out that too many devs are "too keen to move on to their next game" when they could be picking up extra dollars for minimal work.

"Every time you release a game on a new platform it bumps up downloads on all the other platforms," added Reimer. "Platform holders are also keen on pumping up promo for your game if they see it doing well on a new platform."

Schwartz noted that, anecdotally, spreading their support across numerous platforms has "worked for us".

He continued, "We have multiple games we've shipped on multiple platforms, we were getting cheques month to month from various places which really helps us. We also have a tool on the Asset Store that's brought in a surprising amount of money."

There are disadvantages, however.

"When you're building for a wild array of platforms, you can spread yourself too thin from a production standpoint," said Schwartz. "We don't recommend doing dissimilar ports simultaneously," he added, noting that it's possible to get caught up in features that work on one version that aren't appropriate for another.

"You also have to watch out for building for the lowest common denominator," continued Schwartz, before Reimer noted that it's "better to have a great game on one platform than a crappy one on eight."

You also have to watch out for building for the lowest common denominator.

Much of the two men's talk focused not on the reasons to go multiplatform, but how to do it when you choose to do so. Their top tip? Make sure you pick the right platforms.

"There are wrong platforms for your game," offered Reimer. "So, twinstick shooters on iPhone? Not a good idea.

"The number of people we talk to who are like 'yeah, I'm going to ship on seven different platforms.' That's maybe not the best idea for your first game."

Doing your homework on the strengths and weaknesses of a platform in relation to your game and your audience is something many developers overlook, the two suggested, citing developers who get wrapped up in their own fanboyism. It's not advisable for a developer to make a game for Wii U just because they happen to be a huge Nintendo fan, for instance.

So how do you pick your prime platforms? There are some key signs to look out for.

Can users find your game? Does the platform holder feature games by merit rather than by money? Is there a balanced profit distribution, or are the top one percent of apps taking home 90 percent of the cash?

Essentially, does the platform holder have faith in your game?

"It's a partnership when you work with a platform holder," concluded Reimer. "You have to make sure it's in their best interest for you to succeed. Generally the better the development tools are the more they are focused on the developer and making sure they succeed."