Also looks to shake up US retail payments 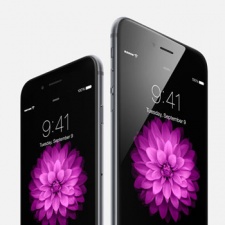 In what the company called "the biggest advancements in iPhone history," Apple has announced the iPhone 6 and 6 Plus.

Manufactured with an unibody anodised aluminium frame and a redesigned curved corners form factor, both devices run Apple's new A8 64-bit chip and will come with the latest iOS 8 operating system, which enables functionality such as the HealthKit and HomeKit APIs, as well as Apple's new proprietary OpenGL ES graphics replacement Metal.

Alongside the A8 chip, Apple announced the M8 co-processor, which handles tasks such as using data from the phone's accelerometer, gyroscope, compass and the new barometer, which measures elevation.

This is particularly important in terms of the fitness and health apps including the integrated Health app that Apple is hoping will provide new user functionality.

More nascent, at present, was the announcement of Apple Pay, an integrated payment system launching int eh US that the company says could replace credit and debit cards.

Using the Touch ID button for personal verification, Apple Pay enables users to pay for items via a contactless reader, with all payment information kept secure within the iPhone 6's Secure Element chip.

Available in gold, silver or space grey, the iPhone 6 and 6 Plus will available in 16GB, 64GB and 128GB models with pre-orders starting from 12 September and the devices launching in 19 September.

iOS 8 will be available from 17 September.