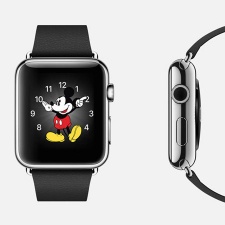 EA Mobile has already started developing “prototype wearable experiences”, with the firm looking to move into the wearables market as soon as possible.

That’s according to EA Mobile EVP, Frank Gibeau, who revealed that the studio has two development teams working on new experiences for the recently announced Apple Watch.

Those teams have been kicking around some ideas on how to bring gaming to the Apple Watch, such as unlocking capabilities using the watch’s fitness component, or syncing the watch with tablet games to allow crafting and auction trading.

While the rest of the industry might be on the fence with regards to the entertainment value of wearables, Gibeau is confident they’re going to fundamentally change the world of gaming.

"There's a trend here where wearables are going to increase in performance, capability and unique functions over time that we believe will enable gaming experiences," said Gibeau.

"We're pretty excited about it; We think it's very early days. But for EA, the emergence of another gaming platform is compelling."

He also believes that the next generation of smartphone and tablets will blur the lines between console and mobile.

"You're kinda getting on par with next-gen consoles in terms of what's possible in gaming, which is moving the market straight into EA's strike zone,” Gibeau said.

Of course, it also could be argued that EA is late to the game with plenty of other studios already deployed on smart watches and wearables.

Over 100 million smartwatches by 2019 but no killer app