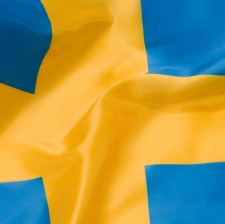 Two Swedish developers are set to come together to launch a new 'publishing powerhouse' without losing their independent status.

As announced, Image & Form and Zoink are to form an “intimate collaboration”, jointly self-publishing titles while continuing to develop releases independent of each other.

The new initiative will see Image & Form - know for titles such as Anthill on mobile and Steamworld: Dig on consoles - taking care of PR, marketing and publishing for both parties, with the aim being to strengthen the take-up of both firms' IP without dampening their creativity.

Zoink's best known game is the in-development Stick it to the Man.

Two into one go

“The collaboration with Image & Form means we can lift the studio to new levels,” offered Zoink’s CEO Klaus Lyngeled.

“Naturally we want to focus on our own ideas, and now we can focus on them. My vision for Zoink has always been to create an incredibly creative studio.

“Earlier we’ve worked dedicated publishers in order to minimize the economic risks of every release. While safe, this also means that we’ve had to give up IP rights, revenue shares and means to influence marketing efforts,” he continued.

“Our new sister studio Image & Form have self-published for a good while now, and they’re doing a great job at it. We’ll work closely with them so that more people find and play our games.

For its part, Image & Form CEO Brjann Sigurgeirsson said the deal is about two studios with “separate visions and common goals.”

“We’ve been virtually unknown to the game audience, but now we’ve been able to develop and market bigger, deeper games,” added Sigurgeirsson.

“By keeping it local and small, we won’t have to become a publisher that spreads too thin. We’ll have time and resources to focus on every release from both studios.”

No details have been given as to how the partnership will work at a financial level.