Thanks to our sponsors TapSense, Everyplay, and Tango 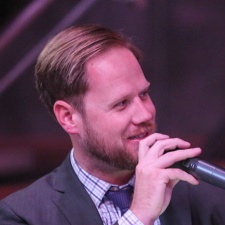 What is holding back mobile games from reaching the next level of gaming experiences, and what does that next level even look like?

This was the topic explored at Pocket Gamer's Mobile Mixer panel, held in San Francisco to cap off the first day of the GamesBeat conference.

For some panelists, the language in which we discuss these matters is divisive.

With the iPhone 6's graphical capabilities, for instance, one could suggest that the mobile market should expect to see a shift towards more triple-A style games, but what that "triple-A experience" means specifically may differ from person to person.

"What would you define as triple-A?" asked Jim Ying, VP of Games Publishing at Tango.

"Coming from the console world, where triple-A meant 2-3 year dev cycles, budgets of $20 million dollars, I think it'll be a while before mobile games get there."

When it comes to technical capabilities, though, Ying can see mobile games heading in a more advanced direction.

For Mickey Maher, senior director of business development at Everyplay, the triple-A experience is more reliant on the hardware players use to interact with their games.

"It is a platform for anyone," Maher said of mobile. "If we get a standardized controller that's not a touchscreen, then the triple-A experience on mobile will be much better."

"Production value and the capability of hardware is definitely advancing," said John Hsu, VP of Product at developer Kiwi, then going on to suggest that what mobile developers should really focus on in the pursuit of the triple-A experience is game design.

"There's something unique about having to play on a phone."

Inevitably, the conversation shifted to premium versus free-to-play models. Will console games start to gravitate towards the kinds of pricing models that mobile has embraced?

"I see at the highest level, console more going towards mobile," said Ash Kumar, CEO and co-founder of TapSense. "The convenience and continuity of this [mobile gaming] experience is more important than a lot of the other factors."

"I think it's more likely that console guys will become more like mobile," Ying agreed, pointing out the prevalence of mobile devices.

"People are not paying [for mobile games] unless they really are enjoying the game. From a developer's standpoint, you have a larger audience base where you have a higher upside revenue potential - why would you not go in that direction?"

"Free-to-play mobile also extends the lifespan of the product," added Pawel Skorupka, senior programmer at Vivid Games. "Mobile games don't die as fast as the hype about console games do."

The question, then, is how to introduce new payment models to a culture already adapted to one?

Maher, added to that, noting the prevalence of younger players - "12 to 15-years-old today who are so used to free-to-play gaming that they don't expect anything else."

"I see a big shift happening from paid models to free, ad-supported," said Kumar. "It's a little more complicated, but there is that value shift happening through ad monetization. People pay for services that are really essential, and everything else they expect for free.

"It's not necessarily a bad thing," he continued. "It's a question of what the generational expectation is."

Thanks to our sponsors TapSense, Everyplay, and Tango for helping us organize the Mixer in San Francisco.

You can see all the photos from the event at our Facebook page.

Save the date! Free London mini-summit and mixer this May

One week to go: Games Mixer and Big Indie Pitch at Gamescom