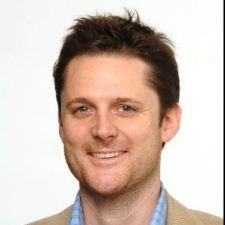 "We don't come from games, which is something we see as a virtue, because it gives us a bit of perspective," opened GameSparks' CEO Griffin Parry, speaking at TIGA's Smartphone and Tablet Conference in London.

Parry, whose firm helps developers implement server-side components into their titles, believes that one day all games will run in the cloud.

It'll be a long process, but the fact that developers are now more reliant than ever on server-side components proves that a digital shift is well underway.

"Previously it was all about getting the sale, but now you can sell it or give it away for free. There's an increasing expectation that devs will continue to make money after they've 'sold' a game," explained Parry.

"There's also a rise of 'service thinking', which is the expectation that you'll improve a game after launch, so your production budget will still be spent after launch.

"In the new world of service thinking the objective is to move away from the client to give yourself flexibility."

Mobile is no longer console gaming's ugly sibling. It has caught up, and in some regards, even surpassed its older brother.

It's the unbridled ambition and concrete determination of mobile developers, who don't wish to sit in the shadows, that's driving the use of server-side features.

"We've gone beyond the time where someone says I make iOS games. Developers now just say I'm making a great game. When I say cross-platform, I mean that mobile is a platform, consoles are a platform, and PC is a platform," said Parry.

"The engagement and monetisation associated with social games comes from the fact that you're playing the game with other people.

It's now up to companies, like GameSparks, to give developers the tools they need to reach lofty new heights.

According to Parry, the potential is there, but there's an environment of fear surrounding a limited number of options, and that isn't good for business.

"Lots of these services are good, but there are problems in the environment, and the sector is in a very early stage," suggested Parry.

"Picking a provider can be confusing and difficult, while the solutions out there can be quite narrow.
Often you can end up with something that feels overly complicated, not agile, and awkward.

Providers need to step up, or move aside so that others can take their place. The world is changing, and when Parry's golden age of cloud gaming arrives, there won't be any room for uncertainty.

"What I see is a lot of market failure. Developers are appreciating that thirdparty options exist, but they choose to build something themselves because finding the right provider is too hard, or risky," concluded Parry.

"The key message that I wanted to relay is that the world is changing.

"There's a huge opportunity on mobile, but to be successful you have to be a user of these server-side services that are available, because, when they crucially allow you to do, is focus on the thing that matters most, which is creating a great game."

You can find more details about GameSparks' service via its website.