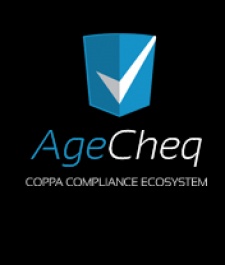 Cloud-based service provider AgeCheq has announced that new infrastructure improvements are being put in place to bolster its system following the FTC's decision to publicly enforce the Children’s Online Privacy Protection Act.

After the FTC revealed Yelp and TinyCo each settled COPPA 2.0 violation cases, which saw both firms accused of collecting personally identifiable information from minors without parental consent, AgeCheq has seen an immediate spike in interest in its services.

“The issue of protecting the privacy of our nation’s children as they use mobile games reached a tipping point this month as the FTC revealed its first developer settlements under COPPA 2.0,” said Smith.

“As written, the law would force each publisher to create a complex relationship with each parent whose children play a game. AgeCheq’s solution dramatically reduces the cost and effort required for a developer to bring their game into compliance.

By creating an AgeCheq developer account and inserting a few lines of code into their games, developers can ensure that they don't breach COPPA guidelines.

“We designed our cloud infrastructure to massively scale in support of the millions of app starts we will see as top games use our compliance service,” added Smith.