Molyneux, Livingstone and Cecil are Best of British at PG Connects London 2015 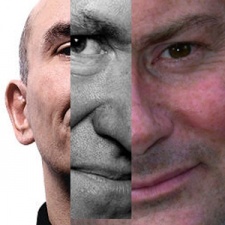 Pocket Gamer Connects London is returning to London in January 2015 to examine the mobile gaming industry from head-to-toe in our usual ebullient style.

As part of our efforts, we’ll be hosting a Best of British track to celebrate all things brilliant in mobile gaming that has come out of Blighty.

So it’s a massive privilege to announce that we really will be having the very best with us as Peter Molyneux of 22 Cans, Ian Livingstone of Square Enix and Charles Cecil of Revolution Studios will all be hitting our Vinopolis venue next January.

The Best of British

Packing in the best part of decades of gaming experience, they’re merely the tip of our Best of British iceberg that’ll be crashing into the country’s capital on the 13-14 January.

Along with those marvellous names, we’re also delighted to be able to call upon the following people to help demonstrate how exactly Britannia’s finest are riding the mobile gaming waves:

And while those are the names we can confirm today, we can also exclusively reveal that representatives from the following companies and organisations will also be coming along to share their expertise in the UK gaming industry.

So are you ready to get involved with the conference? Then you have a number of options open to you.

First, you can grab yourself a specially discounted mid term ticket for the conference right now on our EventBrite page.

Second, you could get your company sponsoring all these wonderful speakers and the conference as a whole for as little as $3000 by contacting us here.

And third, you still have one last chance to submit a talk by getting in touch with us here but only if you're really speedy.

We’ll be back again next week to announce the highlights of our Indie Survival Track. But until then keep your eyes and ears out for further news about which other massive names will be joining the biggest mobile gaming conference in London 2015.

Making Of: Revolution co-founder Charles Cecil details why a sequel to Beneath a Steel Sky took 26 years to get made