Scottish games industry back up to 2008 levels, valued at $160 million 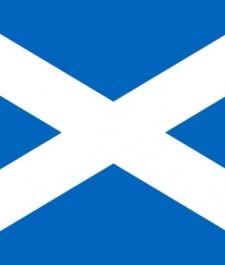 TIGA' s annual report, Making Games in the UK Today: 2014, has revealed that the Scottish video game industry is thriving, with the sector contributing over £99 million ($160 million) to the UK's GDP.

According to the research, studio headcounts, industry employment, tax revenues, and investments are all on the rise.

Games industry employment levels in Scotland have now reached highs last seen in 2008, with a increase of 7 percent in 2013 helping the region reach a new five-year high.

TIGA's news comes shortly after Ukie and Nesta announced that, when combined, the UK's 1,902 games businesses could be worth approximately £1.72 billion ($2.8 billion).

Thanks to a boom in employment, Scotland now represents 11.4 percent of those 1,902 games companies: growth which means the impact of Games Tax Relief will be even greater than previously thought.

Indeed, according to TIGA CEO Dr Richard Wilson, the Scottish game dev sector is only at the start of an incredible journey.

"Yet we can do more to enable Scotland’s games development sector to achieve its potential."

Two-thirds of UK developers are optimistic about 2016