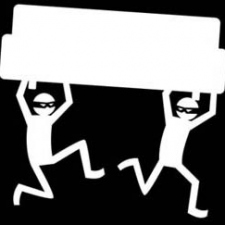 Stolen Couch Games, the development outfit behind the upcoming Animal Crossing-inspired Castaway Paradise, has received $315,000 in funding from private investors.

The money will be used to cover the running costs of the firm, which recently hired additional staff and has been investing heavily in the development of its own freemium framework.

Castaway Paradise will be the first title to use Stolen Couch's new free-to-play model when it launches on 9 October.

“This investment has helped us develop a game like none other available on the app stores. Castaway Paradise has proven itself during soft launch and will be released worldwide in October 2014," said Diepeveen.

“The free-to-play framework, which we worked on for almost 3 years, will allow us to create 3D cross-platform life simulator games in a fraction of the time it would otherwise take us. One in seven Nintendo 3DS owners has bought Animal Crossing for $40.

We are bringing a similar experience, but free of charge to iOS and Android. The potential for our games is incredible and we are confident that we will become a top tier developer within the next two years.”

TinyLoot receives additional funding ahead of Series A investment