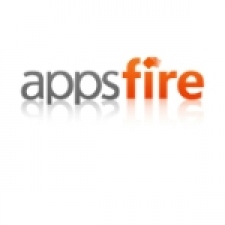 Appsfire has claimed its decision to become a fully fledged ad network earlier in the year has been 'validated', following the news that major publishers have jumped on board.

ZeptoLab of Cut the Rope fame and Zynga-owned NaturalMotion are some of the names who have signed up as Appsfire partners, with the company claiming they serve as “promising milestones for things to come”.

“A few months ago, when we decided to shift our focus to become a fully fledged ad network with a differentiated native and proprietary approach, two questions were raised,” detailed the firm on its blog.

“Indeed our ad units were original and good looking and did not ruin the app experience but would they perform well? Would they be adopted by big names in the industry?

“Well a few months later we’re thrilled to announce that we’ve managed to convince great names in the industry who are now part of our publisher mobile ad network. This is a great validation for us and a promising milestones for things to come.”

Appsfire claims its SDK and and API are run within the apps of its publishers, who have control over the inventory to optimise impressions. The company also offers a 100 percent fill rate if the publisher is interested in free cross-promotion.

“This is one of the reasons we decided early on to go for the high way rather than low hanging fruit,” the firm concluded.