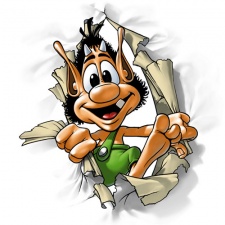 Hugo Games, the Danish developer behind the Hugo series of games starring a lovable troll - has raised $4 million in a private placement.

Originally an interactive TV show with more than 500 million viewers in 40 countries, the mobile versions of Hugo - Hugo Retro Mania and Hugo Retro Mania - have been downloaded more than 25 million times on iOS and Android without any marketing.

An animated movie called Hugo - The World's Worst Comeback is also in production.

"We have an exciting line-up of products within the next 12-18 months, where we will focus on cross-platform and with a strong cash-flow position you'll notice us more active in marketing than before," commented CEO Henrik Kølle.