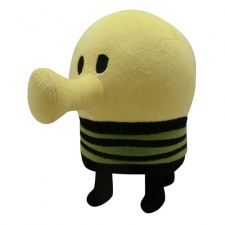 The toys are being developed to capitalise on what Lima Sky is calling "original and collaborative content releases", such as the recently released Doodle Jump Pirates update.

The first series of the Doodle Jump toy program will be anchored by Minidoodles: 18 collectible minifigures in two package configurations - a double minifigure blind blister and a six minifigure starter kit.

5-inch Megadoodles will also be available alongside 8-inch plush collectables, with each toy being drawn from various Doodle Jump themes in order to give collectors the chance to match their favourite style.

The second series of Doodle Jump collectables will be out in 2015, however, attendees at the Dallas Fall Toy Fair will be able to see the designs this year.

Speaking about the partnership with Toys "R" Us, Lima Sky's chief licensing officer, Eric Karp, explained that the company is throwing everything into the deal.

“Toys”R”Us is a natural fit for Doodle the Doodler,” said Karp.

“We’re throwing the full force of the millions of daily users who play Doodle Jump behind this exclusive partnership.”