Kaepernick and Wilson will be first two in rotation 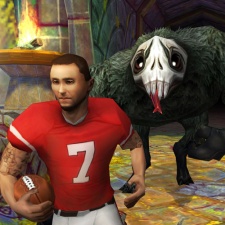 If one billion downloads wasn't enough, Temple Run is now getting into real-world branding.

In a deal signed with NFL Players Inc, featured NFL players will now be made available for purchase in Temple Run 2  for a limited time.

Kicking off the move will be quarterbacks Colin Kaepernick and Russell Wilson, who will be replaced by two new players later in the fall season.

Of course, once you've purchased a player, they will become permanently available for you, even when they are replaced by new stars.

"Featuring NFL players as in-game characters in Temple Run 2 provides fans with a new way to experience their favorite players using their incredible skills off the field in a unique, fantastical setting," said Steve Scebelo, VP, business development and licensing at the NFLPI.

"Players have embraced the opportunity to become an in-game character and are jockeying for position to be selected by Imangi as the next player to become part of the Temple Run universe."