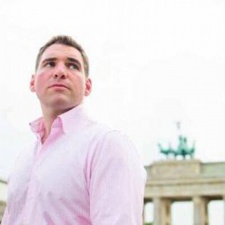 But according to Wooga's head of marketing Eric Seufert that's totally the wrong way to look at the situation.

"The goals of a marketing team is scale for your games and profits from your games," he said in his talk 'Finding a game for your audience: the role of market research in creating hits' at Live Mobile Congress 2014 in Vilnius, Lithuania.

"This is gaining the optimum scale for maximum profit;" effectively CPI versus LTV.

Of course, the goal of the development team is making a great game.

"But who defines what a great game is?" Seufert questioned.

His argument is that marketing and development should be working together to ensure success.

A big part of the talk hinged around the concept of Total Addressable Market, which is the number of people who are interested in playing your game.

"A lot of people like farming games, but if you wanted to make a sci-fi farming game set on the moon, many farming game fans wouldn't be interested," he pointed out.

"That design choice would strongly reduce the total addressable audience."

The power of non-payers

The reason TAM is so important, Seufert says, is because the freemium business model requires a large scale of players because only 3 percent will pay.

The other 97 percent of players are important, however.

"Scale gives you virality, the opportunity for advertising, cross-promotion and you get a lot of data, which is valuable. Data allows you to tune your conversation rate," he said.

In this way, the marketing team needs to be talking to the development team very early in production to see the impact of basic design decisions on the total addressable market.

"This is defined by game mechanic, the aesthetic and the game mythos," (or its progression system), Seufert stated.

"I think the important mythos is often overlooked, especially in terms of how you market your game," he added.

The result of this thinking is that developers are now hiring what they call internal publishers, whose role is to understand the impact of game design decisions on the marketing and launch strategy for products that might not be released for 12 or 18 months.