Why Lithuania should be a tempting location for international ICT companies 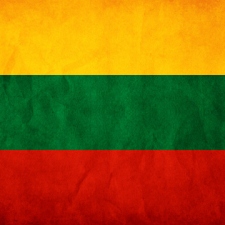 At Live Mobile Congress 2014, held in Vilnius, Lithuania, there's was a lot of national pride for the host country.

This was particularly evident during Invest Lithuania's talk on why the ICT sector should be keen to invest in the Baltic state.

According to Paulius Maciulevicius, investment advisor of Invest Lithuania, Lithuania is the "land of opportunities", and a "new hot spot for ICT in Europe".

Maciulevicius pointed out some key facts about the country's infrastructure that he thought especially tempting for outside investors and companies thinking of funnelling their efforts into the region.

Simple things such as internet access are crucial for games companies, and Lithuania boasts the highest broadband speed in EU. (It's the fifth fastest worldwide.)

Education of the local populace is also key, and Maciulevicius revealed that young Lithuanians were particularly interested in working for international companies, and are attending higher education establishments to help ensure they can achieve positions with them.

There are more than 7,000 IT students at seven universities and 14 colleges in Lithuania, and a new games and technology masters degree will be available soon.

In addition, 90 percent of the population speaks at least one foreign language, with 50 percent speaking two, split between English, Russian and, to a lesser extent, German.

Finally, there are some structural benefits when it comes to financials.

The process of starting a company in Lithuania takes just three days, and Lithuanian wages are the third lowest in the European Union which, while not necessarily good for the workers, is an excellent starting point for outside investors.