Hub will act as local and international beacon 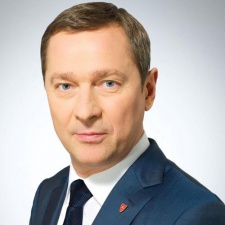 The mayor of Vilnius - Arturas Zuokas – has announced the construction of Vilnius Tech Park, a tech hub for startups and other businesses involved in the ICT industry within Lithuania.

Announced at the Live Mobile 2014 conference, held in Vilnius, Zuokas confirmed that the site will be situated in Sapiega Park (close to Sapiega Palace), and housed in what's currently a run down 19th century hospital.

The goal is that Vilnius Tech Park will become the biggest technical hub in the capital, attracting and uniting local and international talent in the gaming, big data, cyber security, and visual graphics sectors, and will predominantly be supported by public companies.

Currently there are ten companies supporting the project: Game Insight - which has relocated its HQ from Moscow to Vilnius and is the lead tenant - Teo, IMI, Invest Lithuania, Enterprise Lithuania, Smart Vilnius, Practica Capital, Startup Highway, BaltCap, Vinted, and the city of Vilnius itself.

The mayor believes that this is "one of the best examples of public and private synergy".

The current building - a 200+ year old military hospital - will be renovated, upgraded, and subsequently used for offices of startups, as well as temporary living spaces for outside talent.

It's hoped this process will be completed by the summer of 2015.

At 10,000 square metres - with a further 5,000 square metres available for future expansions - this isn't a small area of public land involved in the deal, but the project will not restrict the average Lithuanian's access to the area: conversely, it'll likely improve it.

The park is currently off-limits to the local population, but will re-open as part of this deal, and all income from the rent of the land will be used by the city of Vilnius to furthur improve the campus and surroundings.

In this way it's hoped that Vilnius Tech Park will be the "perfect argument for neighbouring startups to setup business in Vilnius", and to encourage this the process of applying for space in the hub will be open to everyone, with successful applicants determined by a selection committee.

Speaking to Zuokas after the press conference, he said, “We want to stimulate the economy".

He added, "This type of project will help to increase salaries, and to keep talent in Lithuania and not go to, for example, the UK”.

Why Lithuania should be a tempting location for international ICT companies