Mistakes are good, but make sure you can survive them, says Mobile Mixer panel 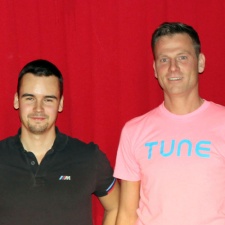 Having kicked off the Pocket Gamer powered by SkyMobi Mobile Mixer tour in Berlin, our next location was Vilnius in Lithuania.

Held in the glorious Entertainment Bank on the evening before Live Mobile 2014 kicked off, we put together a crack team of panellists with one thing on their mind - making mistakes.

Thankfully, they didn't consider accepting our invation to be a mistake, but instead spoke about the mistakes they had experienced, and how that had influenced their future activities.

Rise on the bumps

"In poker, you can make the correct decision but still lose the hand. That doesn't mean it's right to make a bad decision to win," he commented.

"Making the right decision is always the most important thing."

Indeed, one point of discussion arising from this is whether it's good to "fail fast".

"At Rovio, we used to say we were allowed one fuck up a week," commented Heijari.

"But as we got more successful, everything was an opportunity so it was harder to get anything done," he added.

Goossens had a more cautious tale.

"It was a mistake to set up a work-for-hire studio with a 50-person team, raise €3 million in funding but not have a signed contract," he revealed of a previous situation that eventually resulted in his studio being shut down.

Looking at the data, it soon realised that kids weren't spending any money. Their parents were spending some and their grandparents spending more, but without the direct monetary involvement of the players, the game wasn't commercially viable.

"In the end we had to kill the game, but one learning I took from the experience was never to be in a situation in which you have to shut a game down ever again. No matter how few players you have, it damages your brand," he said.

Funtikov was more upbeat on the process, however.

"Making mistakes isn't bad. We need to take risks," he said. "But making the same mistake again is stupid."

In this way, individuals and companies need to be more aware of risk management; of not being in a situation where one bad decision will kill your company or business.

So, in conclusion, the panel's consensus was take risks, make mistakes, but make sure you can survive and learn from your mistakes and don't be afraid kill a project before it kills you.