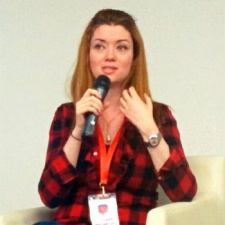 Live Mobile is an interesting event. Organised by Game Insight, the F2P mobile publisher, for the first two years it was based in the company's home town, Moscow.

So following this pattern, the 2014 edition was held in Vilnius, Lithuania, Game Insight's new global headquarters.

Given this genesis and location, it isn't a massive show in liveterms of attendance, but it is one that appears to meet the needs of the local audience, mixing well-known speakers from western European companies, with Russian and Baltic experts.

And there were some interesting takeaways; perhaps the most significant involving a discussion about merchandising.

Merchandising remains a hot issue for the mobile games industry. For some it's a key reason that Rovio has over-expanded. If it had just focused on its mobile games, it wouldn't have grown so quickly but would have sustained a very high profit margin and wouldn't now be in the position of cutting 130 jobs.

Yet, merchandising is clearly an important additional revenue stream for games companies, that's why even the massively profitably Supercell is now looking to hire someone to develop its "licensing & merchandising strategy".

One person with plenty of experience in this field is Diana Moldavsky, who until recently was CRO at Cut the Rope developer Zeptolab.

Talking on a panel at Live Mobile 2014, she pointed out that 'merchandising is a big distraction from making great games'.

"It's not for everyone and you have to work very closely with your partners," she said.

Equally important is the humility to realise that having a hit game isn't the same as having a brand.

The key question, according to Moldavsky is "Do you have enough characters people care about?"

Perhaps the most interesting part of the panel came in a Q&A session about if there was any absolute scale required before a developer should start thinking about merchandising.

That's a measure Cut the Rope easily surpasses with a total of over 70 million, while Angry Birds total peaked in December 2012 at 236 million monthly active users.

Tencent partners with JD.com to produce merchandise based on its IP