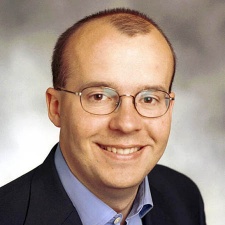 Nicholas Lovell, consultant and author of The Curve: From Freeloaders into Superfans has called upon UK policy makers to create a political environment that is friendly towards the rapidly evolving free-to-play market.

Highlighting concerns about UK game developers' old school game funding approaches, Lovell warned the movers and shakers of government policy that they “shouldn’t pick industry winners” and should clear the way for the rise of forward thinking games businesses suited to the new business reality.

Speaking at the Westminster Media Forum, Lovell outlined his belief that the decline in paid products will fundamentally change the whole gaming industry.

“Price erosion is an inevitability in the market,” according to Lovell and, as a result of that, UK developers will need to affect a change in mindset to ensure they succeed in the new economy. He claimed three major trends need to be taken into account when considering a future policy approach.

First, game developers need to move away from concerns about piracy caused by the rise of free content to dealing with the competitive realities.

With Puzzle & Dragons’ $1.7 billion revenue matching the overall revenue of the Steam market, Lovell said “I think that’s [piracy] a red herring, I think the thing the UK industry needs to adapt to is when other companies give their games away for free and make money.”

The UK industry needs to adapt to giving their games away for free and making money.

Second, British developers need to change their approach to finding funding for their game. Briefly describing the old school approach of developers seeking funding for a single boxed game from publishers, Lovell made his case that the rise of the gatekeepers, such as the editorial team responsible for the App Store, is forcing developers to seek their financial riches from players.

"The B2C model is taking over the increasing difficult B2B model.”

Finally, the hit and service driven trends in the industry is changing the nature of who can succeed in the market. “The bigger are getting bigger, the niche are getting nicher and the middle are giving away.” Lovell said.

“People either want the big blockbuster stuff or the smaller stuff ... meaning the middle are likely to be squeezed out.”

It’s these changes that drive Lovell’s belief that policy makers need to create an environment that encourages developers to embrace the new business model at the heart of gaming.

“Policy makers need to focus on STEM (Science, Technology, Engineering and Maths), focus on developing business skills that work in the new B2C market and try to build a policy environment that suits the new and changing world.” And a side of that, according to Lovell, may mean allowing those not adapting to take a fall for the greater good.