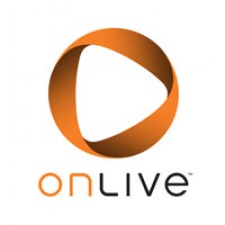 Cloud gaming outfit OnLive will partner with Samsung to give Galaxy Note 4 users three months worth of unlimited OnLive gaming for free.

Note users will be able to stream PC games from OnLive's servers straight to their device providing they have a wifi or 4G connection, and a gaming pad.

The pre-paid subscription, worth $30, means users will have access to OnLive's extensive catalogue of premium titles, giving them the ability to game instantly across all their devices: including tablets, computers and HDTVs.

The prepaid OnLive subscription is featured as part of the Galaxy Gifts Package, an offering that provides premium rewards to Note 4 owners.

OnLive executive chairman Mark Jung has explained the company is excited at being able to give Samsung customers a taste of unlimited cloud gaming.

“OnLive lets gamers play the games they love, anytime and anywhere, through the power of the cloud. The addition of the OnLive app to the Samsung Galaxy Note 4 makes high-end games available that normally can’t be played on an Android tablet," he said.

The OnLive deal follows the news that the Note 4 will be used to power Samsung's Galaxy VR system, suggesting the company is positioning the device as the prime Android gaming tablet.